The new church was designed by local Architect John Davis with space for 480. Digging the foundations began on the 17th of October 1870 and the church opened on the 7th of March 1871. The new District of St Alban the Martyr was created by Order in Council on the 17th of August 1871. 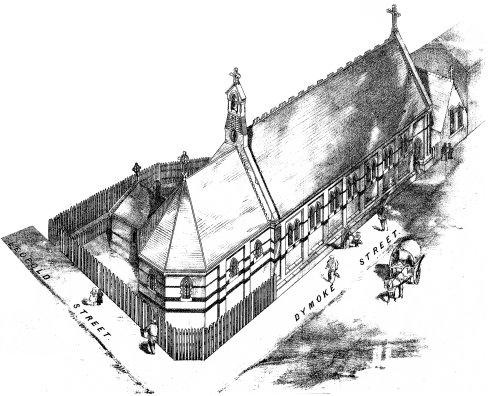 The First 'Permanent' Chruch as Built 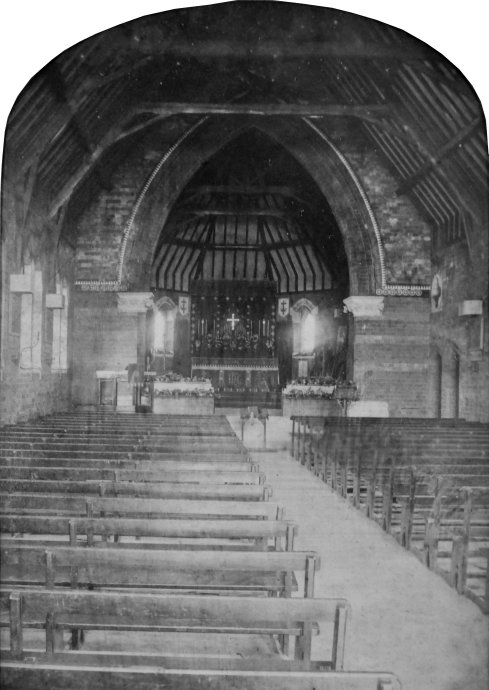 The Interior of the First 'Permanent' Church of St Alban.

After the opening of the present Church of St Alban the Martyr on the corner of Conybere Street and Stanhope Street, this church on the corner of Dymoke Street and Leopold Street was rebranded as St Columba's Mission and served as St Alban's Boys School during the week. 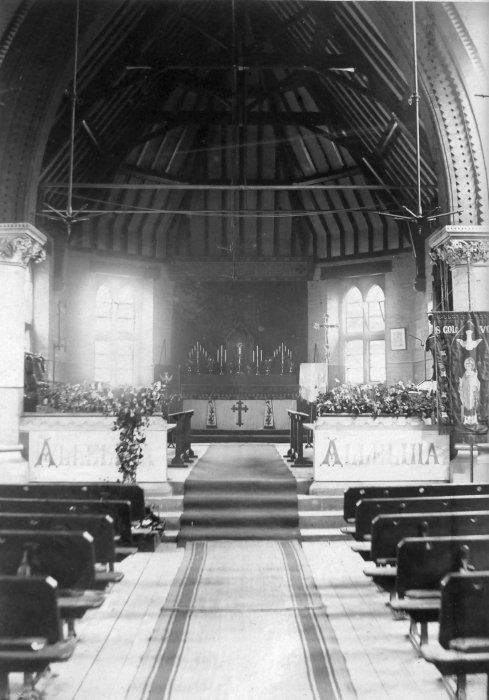 In December 1910 services at St Columba's ceased and it was then used only as a school. 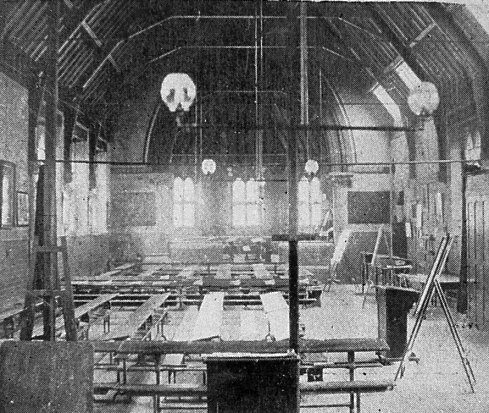 In 1915 the building was demolished (together with the first 'temporary' church) and a new purpose-built building was erected on the site for St Alban's School.