Stations of the Cross 1

Today I gave a 15-minute mini-retreat for the senior leaders of some of the Diocese of Birmingham’s church schools. I based it on some of the stations of the cross that I have painted over the last few years. I’ve attached the first of these stations to this email. These stations combine a similarity to icons and to an Egyptian tomb painting. The pigments used are traditional colours such as red and yellow ochre, burnt sienna and gold. 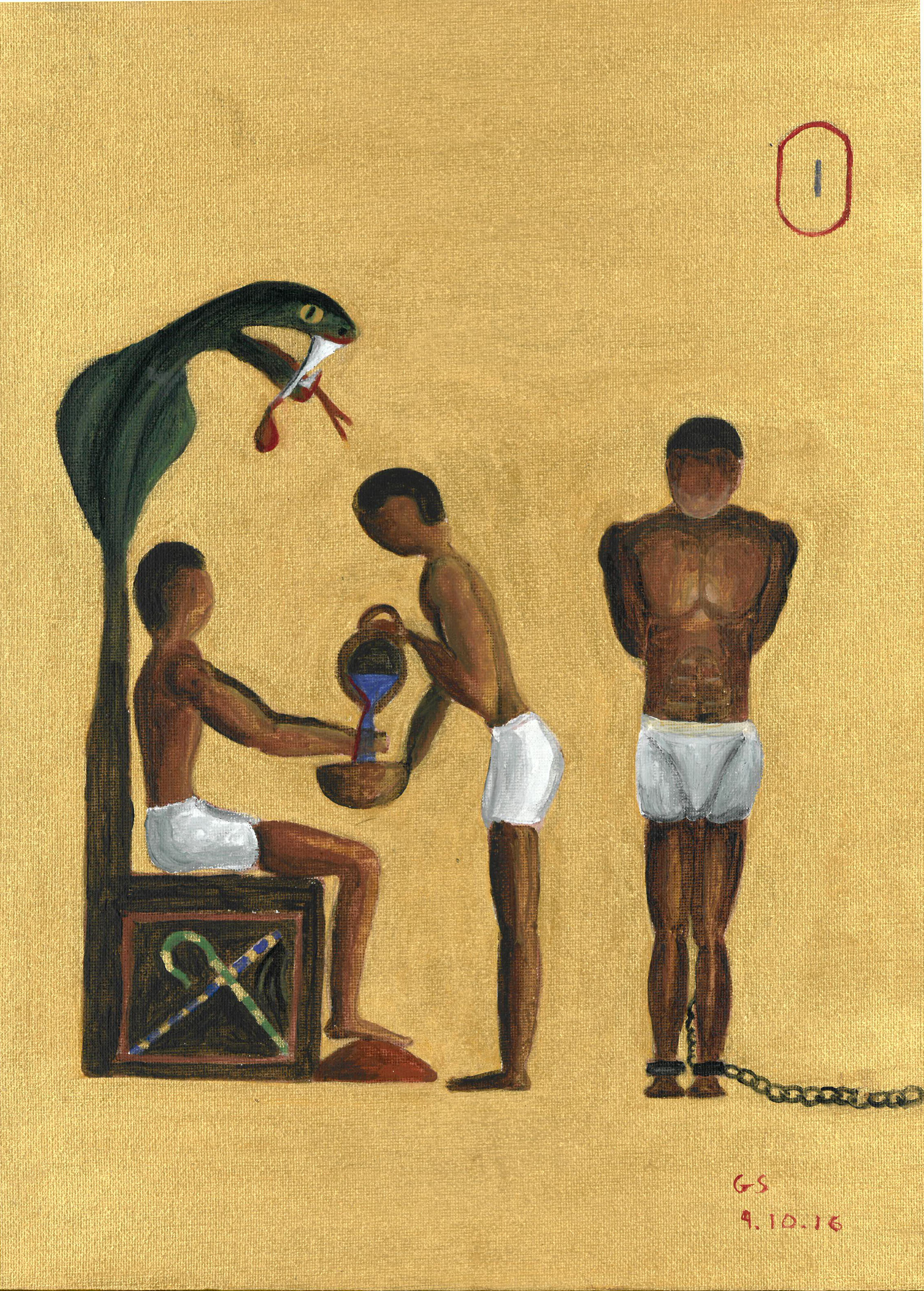 In this station of the cross Jesus is condemned by Pontius Pilate:

So, when Pilate saw that he could do nothing, but rather that a riot was beginning, he took some water and washed his hands before the crowd, saying, ‘I am innocent of this man’s blood; see to it yourselves.’ Matthew 27:24

This station of the cross shows Pontius Pilate washing his hands while Jesus stands chained. The throne Pilate is sat on has the Egyptian crook and flail carved on it and the head of the chair turns into a serpent, recalling the pharaoh’s crown but also the story of the serpent tempting Eve in the Garden of Eden. Jesus himself faces us but is passive, he allows these things to be done to him.

I think the picture of Pilate washing his hands has a lessen to teach us about the situation in the Ukraine. We (i.e., western powers) have allowed crimes against humanity to go unchecked in many parts of the world. We could have done more in Syria, but we showed ourselves to be weak unconcerned. Like Pilate, we have washed our hands of responsibility for standing up to injustice in the world.

The truth is that we can not wash our hands of responsibility for justice and truth, and failure to do so has consequences. Pilate did what he thought was expedient, just as we have thought that importing gas, oil and dirty money form corrupt Russian oligarchs was expedient and profitable. We are now seeing those consequences played out in the Ukraine.

It’s hard to know what we can do as individuals, probably we can only donate and put pressure on our government to be just. Not only justice for the Ukraine, but also in providing vaccines to the developing world and promoting justice and peace everywhere. For those of us with religious faith, we can pray for peace.