At the start of October the partition to provide a door between the the cloister lobby and the corridor to the hall and vestries was under construction. 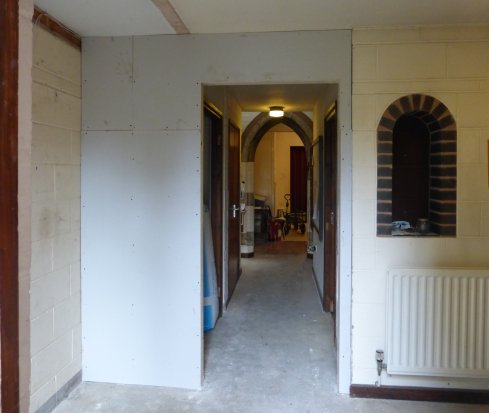 
And a new cleaning cupboard was being created, using the doors and frame from the original cupboard to match the adjacent candle cupboard. 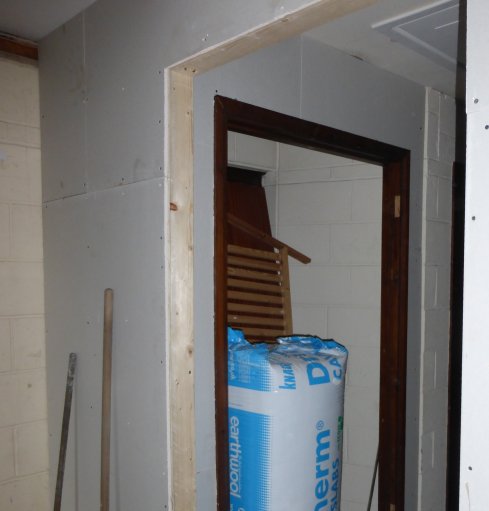 
When the cloister extension was built in 1984, no access was provided to the roof space, so the opportunity has been take to add a hatch, as access is needed to make changes to the wiring and to update the loft insulation. 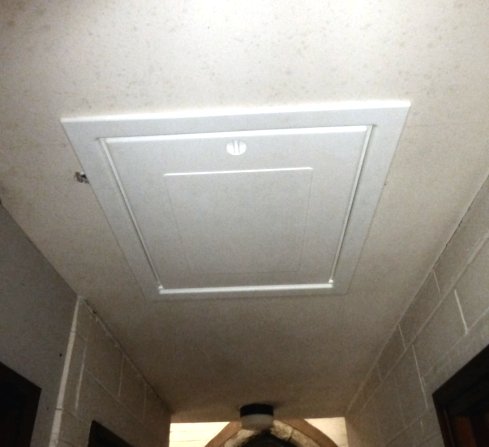 The New Loft Hatch in the Cloister Corridor 10 October 2020

A hundred years of polluted air and rain had taken their toll of the stonework, and several pieces required replacement, while the rest badly needed cleaning. 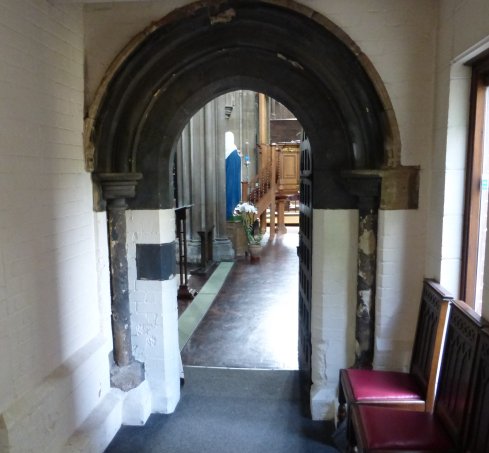 Here we see the columns on either side of the doorway and several pieces of the hood moulding removed, with one new piece in place: 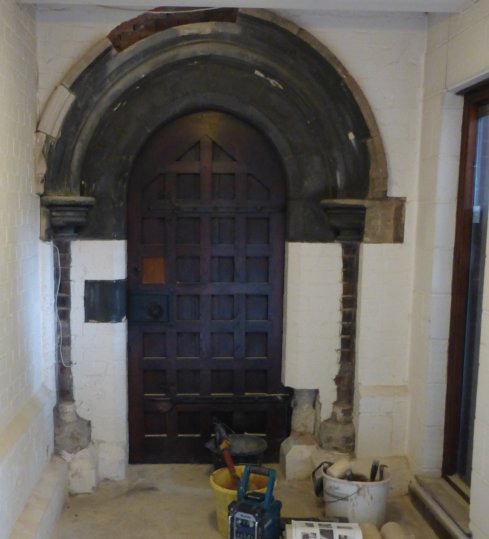 
The new pieces of Bathstone had been prepared off site. 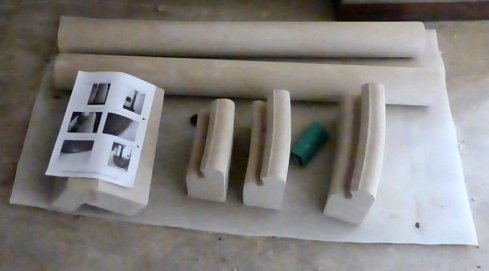 
By the 7th of October, the new sections of moulding above the doorway were in place and, as a test, the bottom voussoir of the arch had undergone one round of cleaning treatment, removing much of the grime. 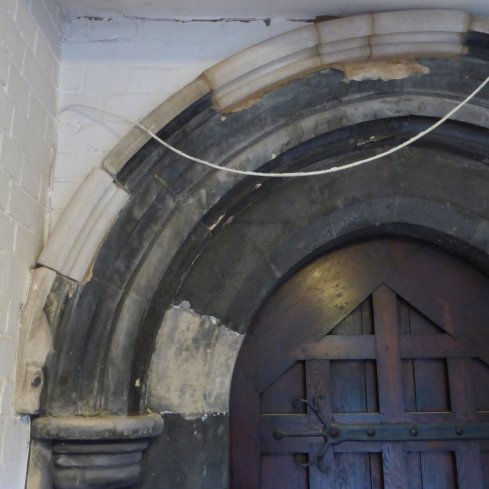 By the 10th of October, the whole of the stonework of the doorway had received a round of cleaning. The voussoir that had now undergone two rounds of cleaning was looking very clean and showing that the new stone was a good match for the old. 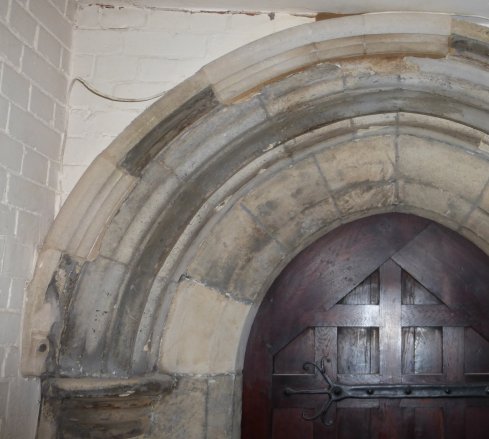 
By the 15th of October the stonework had received two rounds of cleaning treatment and was looking much more uniform although a few areas still needed some attention to remove a residual black crust. 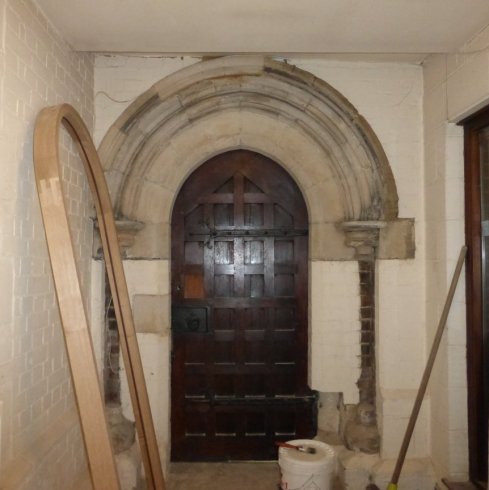 
On the 30th of October the frame for the new glazed door was in place, as yet without glass or lock, giving some idea the view into church when the inner oak door is left open. 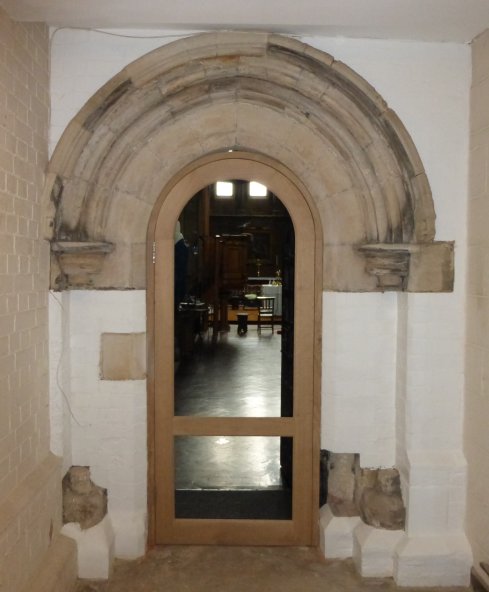 The repairs to the stonework still needed to be completed.

At the end of October the new door between the lobby and the passage to the hall and vestries was in place ... 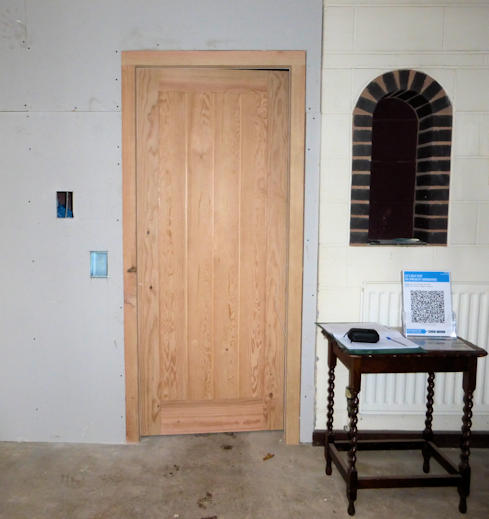 ... but does something remind you of William Holman Hunt?