By July the 2nd most of the east side of the North Transept roof had been stripped and sheeted. 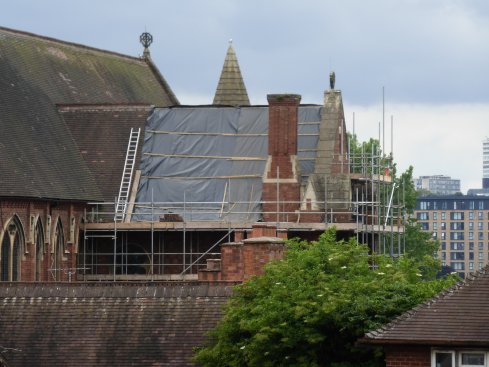 By July the 8th the West side of the North Transept roof had received the same treatment. 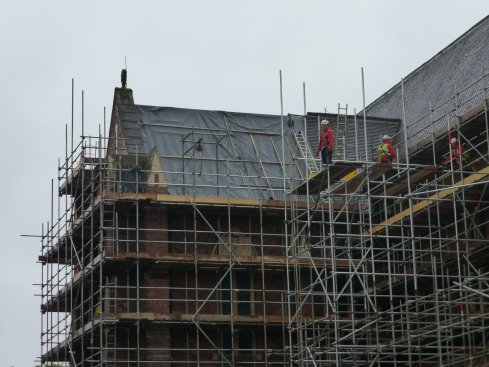 Meanwhile the scaffolding on the south side of the church was rising towards the Nave roof. 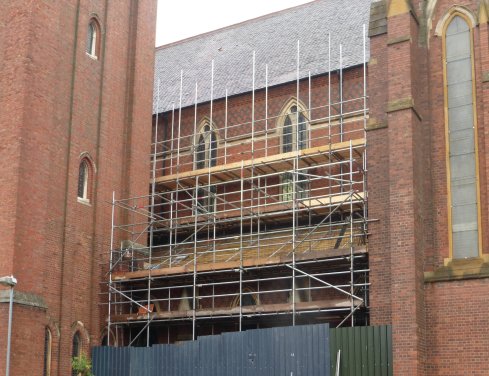 And a board from our architects, Hook Mason Consulting, had arrived to join boards from The National Lottery Heritage Fund and our contractors, Croft Building & Conservation. 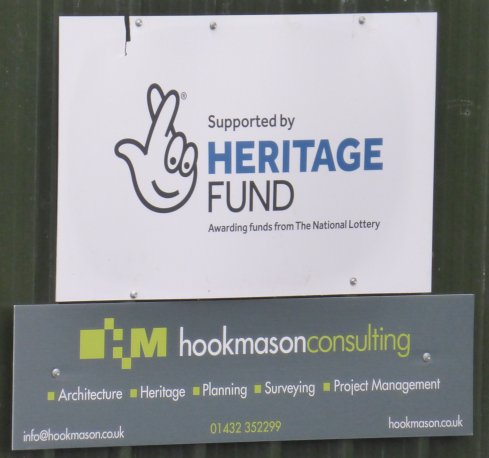 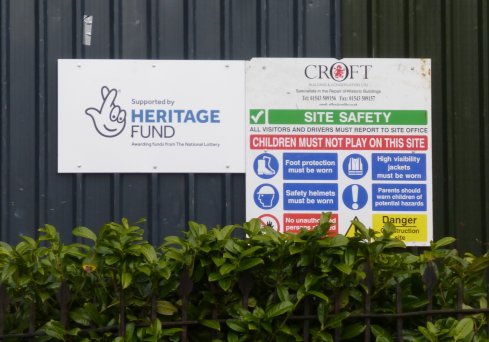 By July the 18th the scaffolding had been raised to the ridge of the roof at the west front and the end of the north transept. The north transept had been comletely stripped of the old tiles and stripping the north side of the nave roof was well under way. 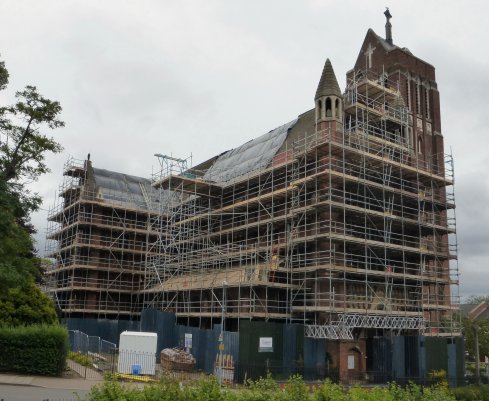 
By the end of July both sides of the nave roof had been stripped of old tiles from the west end to the transepts and new battens were being fitted over new membrane on the north transept and the south side of the nave. 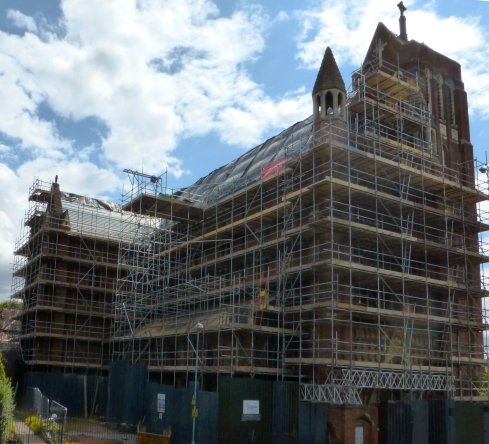 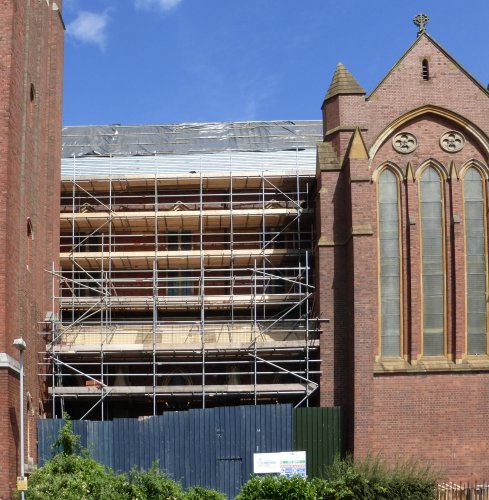 The scaffolding was rising around the apse at the east end of the church. 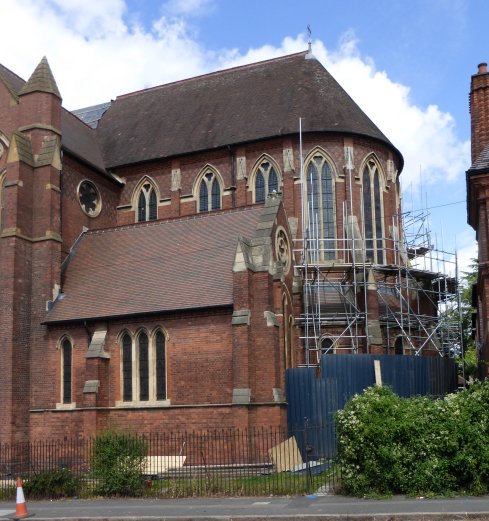 Read about the progress of the work during August here: http://www.saintalban.co.uk/restoration/roofrenewal2/august/.

Or return to June here: http://www.saintalban.co.uk/restoration/roofrenewal2/june/