By the 4th of October, the first tiles had been added to the curved roof of the apse. 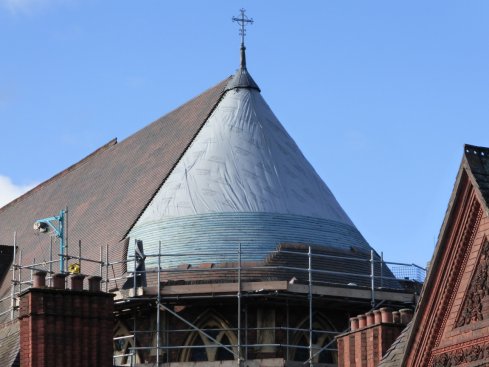 The Apse Roof from the South East 4 October 2020 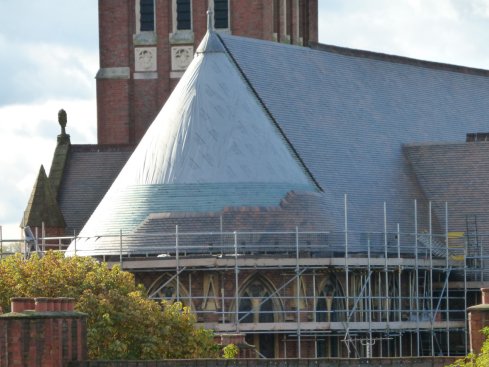 The Apse Roof from the North East 4 October 2020


By the 10th of October more of the apse roof was tiled. 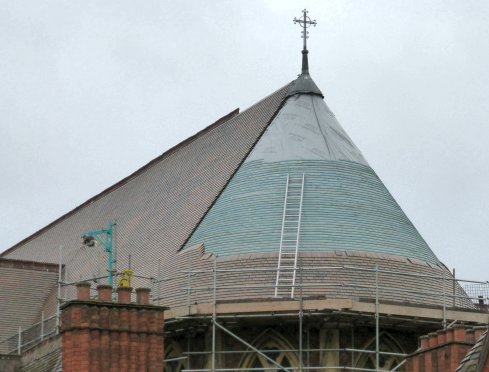 
Each row of tiles has to fit round the arc of a smaller circle than the row below it, but the tiles must still overlap all the gaps between the tiles in the row below. This is achieved using narrower cut tiles or wider 1½-width tiles at strategic intervals, as seen in the enlarged image below. 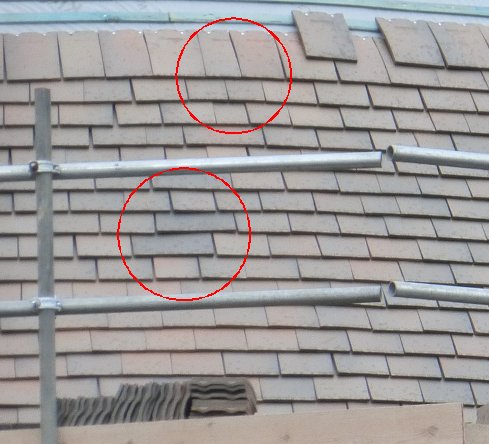 
The rest of the high-level roof was complete and the scaffolding that was above the south aisle had already been lowered to the level of the aisle roof to allow tiling to begin as soon as the apse was completed. 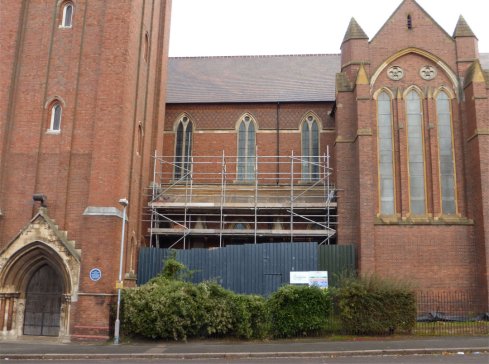 
By the 19th of October, as Autumn coloured the trees, the tiles had covered the bottom half of the apse. Although the remaining area is small, it will require many more cut tiles as the curve tightens and may take a fortnight to complete. 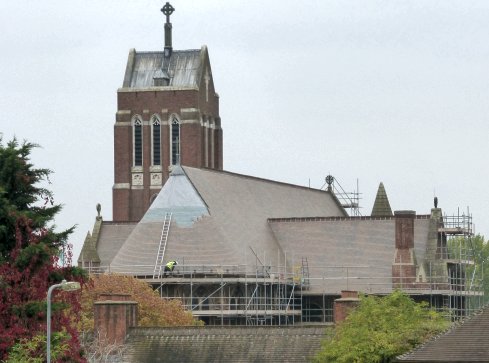 By the 30th of October the south aisle roof had been tiled, while work was continuing on the apse roof. 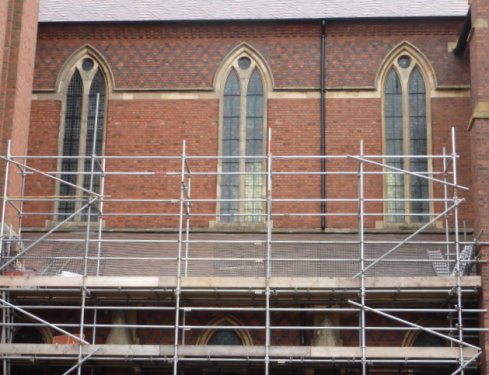 Or return to September here: http://www.saintalban.co.uk/restoration/roofrenewal2/september/