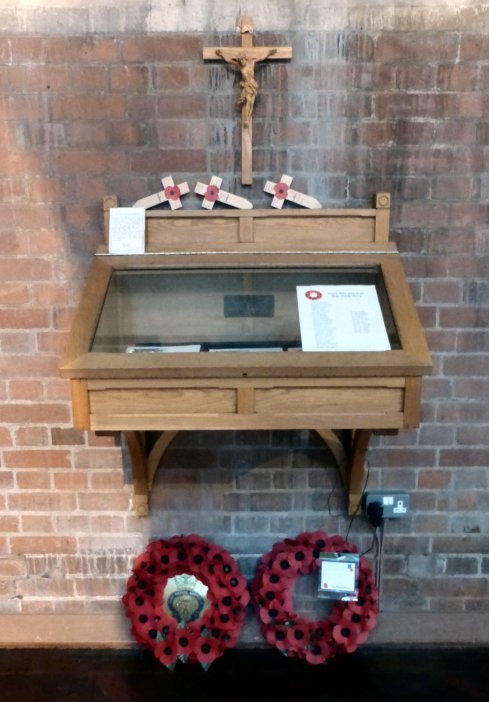 We have the following list, believed to be of those members of the armed forces from the congregation of St Alban's who fell in the Second World War:

We have at present no list of civilians killed by bombing in the parishes of St Alban and St Patrick.

St Patrick's Church was damaged by incendiary bombs in August 1940, when the organ was destroyed and the choir stalls damaged, and S. Alban's Magazine for November 1940 records: "In the recent raids a mission house in a certain Midlands town was damaged by incendiaries."  But wartime censorship means that there is remarkably little record of the war in surviving parish records. In S. Alban's Magazine for January 1941 Fr Dudley Clark wrote: “I keep on having warnings sent to me as to what I must not write about, in many ways it is a trial to be muzzled, because the parish magazine is the only sort of record of events that future generations will have. The magazines are bound together and form some sort of history of the place. In years to come our successors may find it difficult to understand why certain side of parochial life seem to be at a standstill for a long period …”

We hope to add some pictures of bomb damage in the parish when permissions have been obtained.