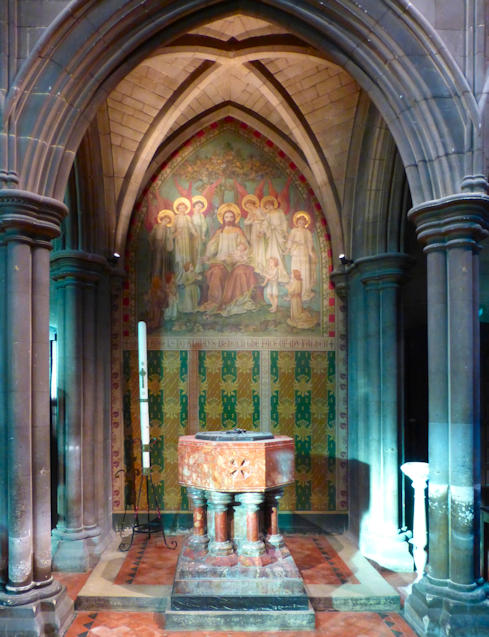 Situated under the balcony at the west end of the Nave, the Baptistry contains the Font, used in the rite of Baptism, a ritual washing by which new members join the Christian community, either as children or as adults. 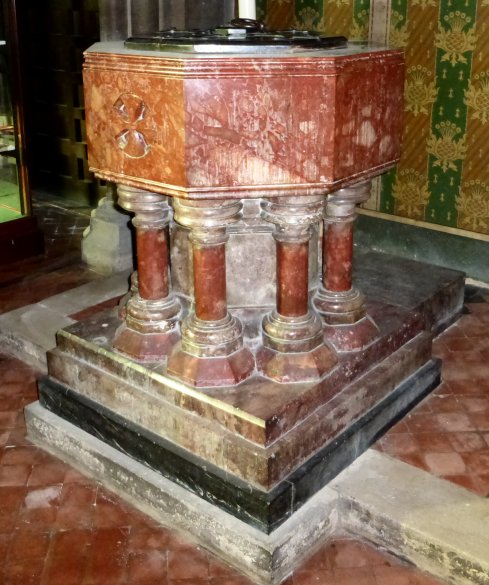 The font is basically a bowl to hold blessed water at a suitable height for the priest to pour it over the head of a person being baptised.

Ours was designed by John Loughborough Pearson, architect of the church, and is made of red marble and has a lead-lined bowl, with a drain leading to a soakaway so that blessed water does not mix with foul water in a sewer. 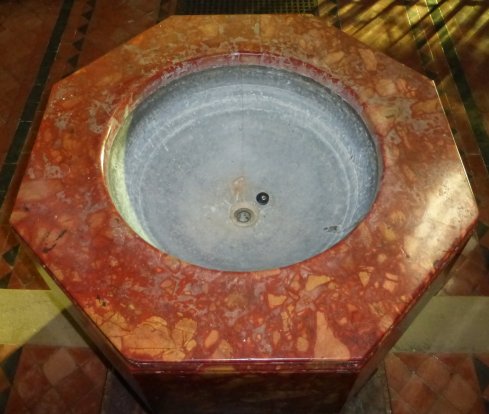 An ornate lid keeps the inside clean. 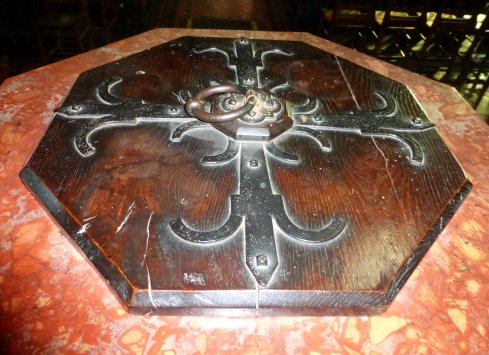 This font dates to about 1884 and was given by the children of the Sunday schools, who collected small change for three years to raise the £120 required, mostly farthings (a farthing was worth ¼ of an old penny and there were 240 old pennies to the pound; the purchasing power of a farthing in 1884 was similar to that of 13p in 2020). Nothing could be given to the fund which was not the gift or the work of the children. For the Pollock brothers, who called the children of the teeming streets their ‘little flowers’ there was a mystic beauty and fitness in this contribution. 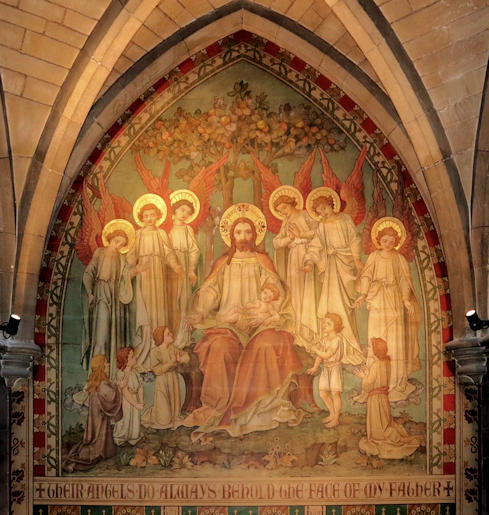 The children went on to raise another £110 for the mural behind the font which was painted by the firm of Clayton and Bell in 1886. James Pollock gave strict instructions that each of the angels in the painting should be gazing down at one of the children, to represent their Holy Guardian Angels.