The lectern is a raised book stand for reading aloud from the bible. Ours is of brass and has the form of an Eagle, whose outstretched wings support a book rest. The eagle has been a common choice for church lecterns, both because its wings can easily support a book rest and because it is the traditional symbol of St John the Evangelist, whose Gospel begins by identifying Jesus as the eternal Word of God and Light of the World.

Our fine brass eagle stands poised for flight on a sphere supported by a column surrounded by four gothic pillars. 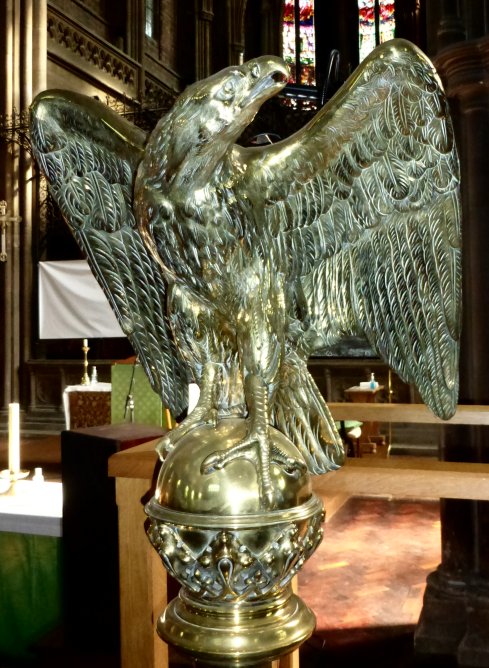 The book rest is designed to hold a large Bible or book with the readings for each Sunday. 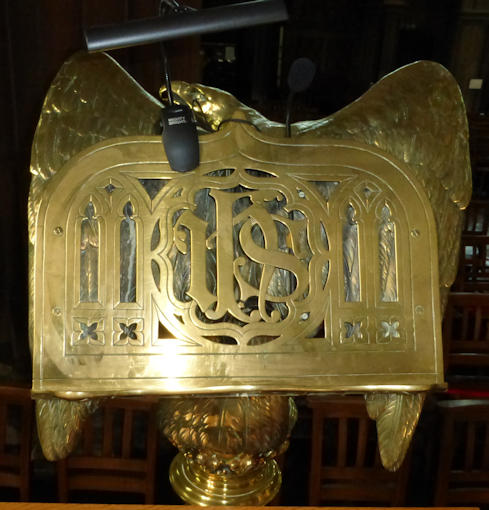 The book rest is stamped with the maker's mark of the London firm of Benham & Froud. 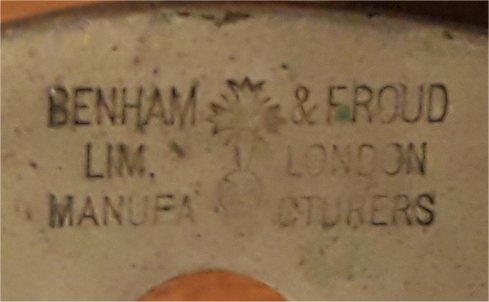 Set between each pillar and the central column is a copper roundel depicting the traditional symbol of one of the four Gospel writers: 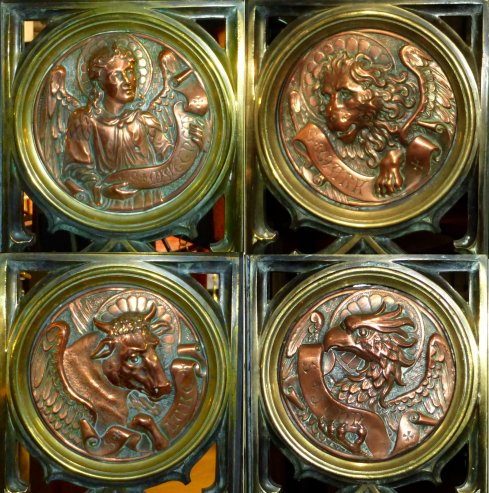 St Matthew is represented by a winged man, St Mark by a winged lion, St Luke by a winged bull, and St John, as we have already seen, by an eagle.

Each supporting column has a clawed foot: 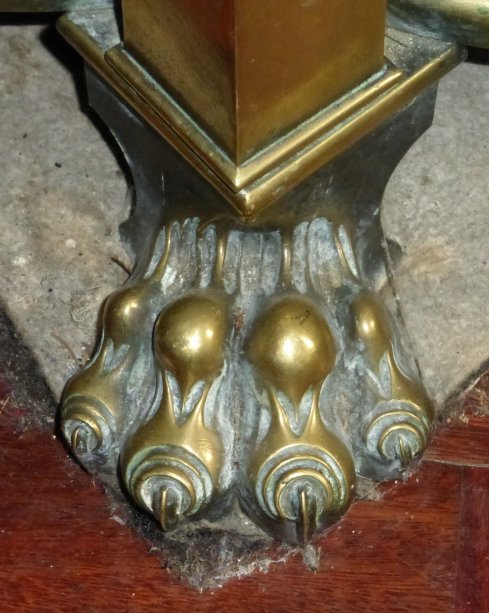 The lectern dates to 1891 and (like the font) was paid for by donations of small change by the children of the Sunday School, collected over several years. In his verse prologue for the Christmas entertainments in December 1891 Fr Tom Pollock wrote:

“New offerings have been made, to beautify
S. Alban's Church, and teach us by the eye,
...
The glorious Lectern bears the Book we love,
A monument our children’s zeal to prove.
They gave the Font, and gave the Lectern too,
And shew what numbers and what pence can do.”

In 1911, a member of the congregation recorded that a young woman who had been one of those children was cleaning the lectern and said to her “Many a ha’porth of sweets have I gone without for the sake of this here lectern”. (Ha'porth is a contraction of "half-penny worth" - at the time there were 240 pennies to the pound, but the purchasing power of a penny in 1890 was similar to that of 54p in 2020.)

Another member of the congregation recorded that Fr James Pollock had laid down strict rules for the design of the eagle saying “I could not bear a conventional eagle with conventional feathers and no life or strength or vigour in them — I wanted to have real living feathers represented and the neck turning and the head bending for flight, to go all over the world and carry the Gospel with power”. 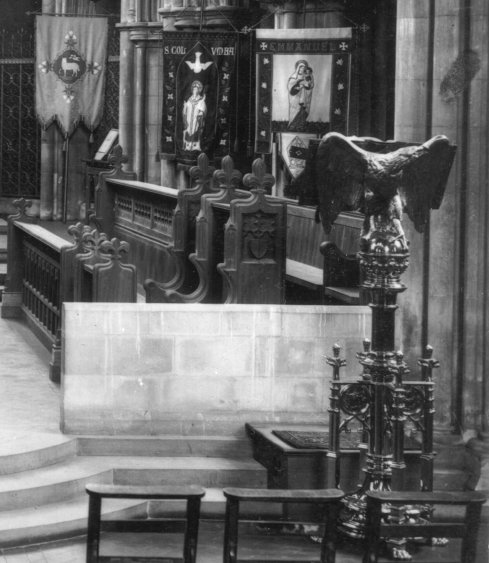 After some years out of use, the lectern was placed in its present position in 2003. 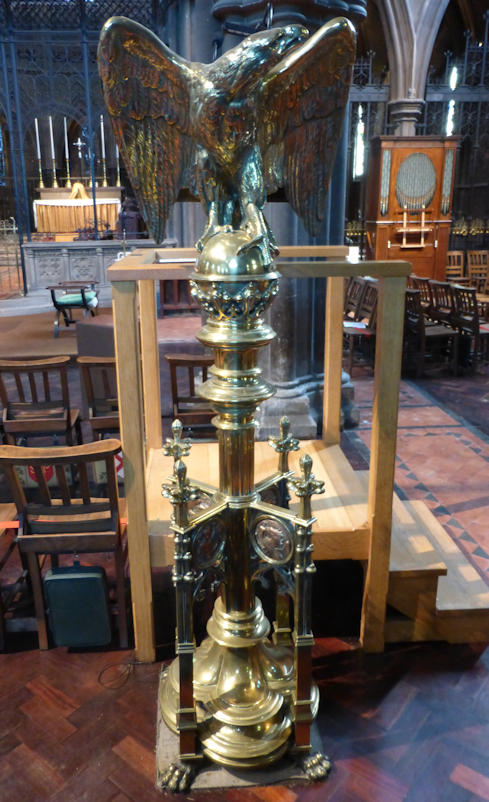 The modern oak platform for readers to stand on is a memorial to Daniel Owen Pawson (1936 – 2002) a well-known Birmingham Jazz trumpeter and bandleader.

The makers, Bentham & Froud, are perhaps better known for copper jelly moulds than for church lecterns, but we know that in 1891 they also supplied a brass angel lectern for St Mary, Hornsey Rise.